Due to the closure of Sun City Anthem facilities, Anthem Financial Club Events are cancelled until further notice.  Check this website for announcements. 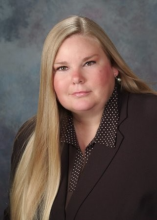 Our speaker on March 5 was Barbara Pope, Vice President and Branch Manager, American First National Bank in Henderson. Ms. Pope provided some history about American First National Bank –what it means to be a Community bank, what makes them different. AFNB is an Asian-American owned National Bank with assets of $1.904 billion at the end of 2019 with full FDIC insurance, headquartered in Houston. AFNB’s mission is “to become the leading Asian-American owned financial institution within the United States”.

And there was a very different surprise! Ms. Pope brought some “Lucky Money” giveaways.  In celebration of the 2020 Year of the Rat Chinese Lunar New Year, the newest addition to the Lucky Money Collection was announced --- 2020 Year of the Rat Lucky 8’s Serial Number Banknotes. The Year of the Rat 2020 product is designed with Decorative Chinese Symbolism and packaged in a Symbolic Red Folder adorned in Full-Color. Each folder contained an uncirculated Genuine Legal Tender United States Banknote. This features an uncirculated $1 Federal Reserve note with serial numbers containing the numbers “88."

The Financial Club breakfast meetings are held on the third Monday of each month at 9:00am in the Arlington Room at Anthem Center.

The April 20 meeting topic will be "Cyber Security", depending on whether to SCA facilities are open again.

Congratulations to our “Guess the Dow” winners for the Dow closing on 12-31-19! 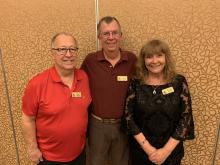 AFC Officers were elected at the November 13 membership meeting:

Many thanks to you for stepping up to lead our great Club!